Prior to the advanced technology, walkie-talkies were the most efficient and effective approach in sharing reports of collected data and information. They are convenient radios you could bring anywhere that hold about a short to medium range of frequency radio waves. Up to date, local authorities and police departments still use these gadgets. Each unit comes with an antenna to receive and send radio waves and is equipped with a powered battery. Walkie-talkies also have the option of a push-to-talk basis, or you could also place it in loudspeaker mode, which doubles in volume compared to a microphone. 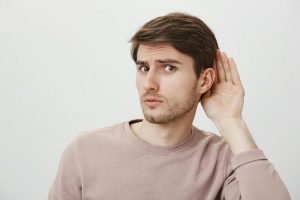 Many modernized radios are accessible by a two-way feature. It allows or grants the person in charge or supervisor to have the authority to control the power button of the transmitter of either unit connected to the radio transmission.

However, this kind of feature and the capability of what it holds may lead to the usage for eavesdropping. All gadgets such as radios, intercom, and telephone systems, may be used for this feature in a negative way, such as eavesdropping. It is the responsibility of the individuals who use walkie-talkies to use these properly. If your equipment incorporates this kind of feature, you might want to think about disabling the feature.

The feature of the walkie-talkie enables the device to gather information or conversations that weren’t intended to be announced across and over radio waves. Locals claimed this as a type of eavesdropping that violates both federal and state laws. However, this feature is also designed to assist and aid related to safety and medical emergencies for monitoring.

Process of Walkie Talkies and how they work

Though walkie-talkies don’t function the same as a smartphone, such as listening to music, taking photographs, or accessing social media, it is the best way to communicate within GPS signals that are not available in your location.

Walkie-talkies are portable radios that are powered by batteries. They were produced and manufactured to work to distinctive radio frequencies and were built to receive and transmit messages. Part of the spectrum of electromagnets is radio waves which are carried at light’s speed.

A push-to-talk basis is required when using walkie-talkies. While a person is not talking, the unit would create a static sound which means it is in receiving mode. There are designated buttons to talk, and by releasing the button, you hear the other end’s reply. Given that everyone shares and has the same channel or frequency band, there is a possibility to connect or communicate depending on the terrain.

Although there is no specific limit to how many individuals may use the walkie-talkie at the same time, due to the shared frequency band, only one person could speak at a time. Once the person using the portable radio is done speaking, saying “over” would then mean he or she is finished relaying the information needed to be heard. After relaying the message, releasing the button allows the device to shift to listening mode.

As the user speaks, the words are transformed or converted into radio waves and broadcast and announced across channels. The radio waves were created to fall within the spectrum of electromagnetics. Thus it means it is traveled by the light’s speed and picked up by different handsets, which are transformed and converted to fluctuating electric currents or vibrations; therefore, the loudspeaker would broadcast the speaking individual’s voice.

Walkie-talkies are portable two-way radio which means it is different from regular radios because, with a walkie-talkie, it can both receive and send pieces of information. Given that it is a shared channel used for these functions, individuals can not speak at the same time. In preventing the possibility of interference from different two-way portable radios, most modernized devices allow and grant users the usage of multiple channels. Radio transmitters should be able to develop diverse frequencies.

Laws in the United States of America on Walkie Talkies

There are diverse and different types of walkie-talkies that would work all around the globe. However, in using these, some laws need to be followed, such as where these gadgets are legally used. Government officials around different parts of the world have started some specific portable radios or walkie-talkies that could be used and purchased by the public. This way, when police authorities use walkie-talkies, they do not encounter technical difficulties with the interference from the general public using the said gadgets.

In the United States, a Family Radio Service or FRS and GMRS, General Mobile Radio Service, are units that are sold in stores that you may operate. Both units have channels that range from fourteen to twenty-two and are illegal to use in either Europe or the United Kingdom. The United States uses 120 volts for the electrical voltage.

There are no units created and designed in order to use in both Europe and America because, by definition, radio is also able to disseminate and transmit illegal frequencies that are not legal in both countries. Much likely, a European walkie-talkie or a PMR446 cannot be modified or functioned in channels of an American walkie-talkie such as a family radio service or a general mobile radio service, and vice-versa.

For individuals operating a walkie-talkie that is accredited to only a specific or distinct service without proper authorization or using unlicensed walkie-talkies that need to be licensed, there are things you should know about. Being aware of possible occurrences such as your radio transmitter may be confiscated, your imprisonment, or you would be fined for not abiding by the laws.

Conclusion – Can you Eavesdrop on Walkie-Talkies?

When purchasing a walkie-talkie, it is the user’s responsibility to check the restrictions and rules of a country and if the portable radio is legal in the area. Complying by the regulations of the country to use a walkie-talkie is of much importance because the individual should not interfere with local authorities who use portable radios such as police departments. There are many walkie-talkies up for sale in the United Kingdom on the internet that is said to be long-ranged transmissions ranging from five to ten miles, these devices are American walkie-talkies, and the usage of this within Europe or the United Kingdom is illegal.

Typically, radio transmissions that are for sale, which claims it has a more extended range and channels ranging from fourteen and twenty-two, are usually American radios. American-made products would need volt mains power of one hundred and twenty for the chargers and would also need a sort of American-type socket. However, American chargers could easily be damaged or blown up if plugged into a higher-voltage of wall sockets. Walkie-talkies are designed and created for the convenience of individuals.