With a police scanner, I can listen to the conversations between government agencies and individuals. It can also record emergency calls and monitor aircraft. However, the question is, Is it illegal to listen to a police scanner?

So, there is nothing wrong with listening to the police scanner of a local fire department or a police station. During the 20th century, journalists used to sleep with scanners to get close to the events that happened in real time.

Let us find out what to know about police scanners. 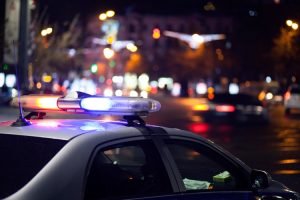 Is it illegal to use a Police Scanner?

A police scanner is a radio that picks up radio waves and broadcasts which belong to people. Also, it is not illegal to listen to police broadcasts. The use of police scanners allows emergency responders to communicate with journalists. Critics often say these devices make people rioters, but this is not true. Airwaves in the US are public property and are not restricted by law. Although certain radio bands are blocked on scanners, the rest are public until otherwise considered.

Like me, I love to use a police scanner as it helps me to know everything around my hometown. Did I ever detain by using this technology? NO! Because it is legal for us public citizens to use police scanners even without permission from the authorities. However, I can just say that it is still better to have a permit.

Although radio bands are legal in the US., there are various restrictions when it comes to listening to them on police scanners. These restrictions vary depending on state and country.

Does Listening to a Police Scanner will get you arrested?

In the US, operating and listening to a police scanner is legal. In most cases, the law enforcers will not surround your home and arrest you. It means that if you use a police scanner, you will not be arrested by the authorities.

Some conditions are also required before the police can arrest and prosecute you. These conditions will vary depending on the situation. In the US, the airwaves are not considered private, as they are public property. However, for individuals who require more confidentiality, such as the military, the bands are not accessible through a scanner. For instance, if a private message were exchanged between two state employees, the information would be encrypted.

The use of police scanners is protected by the Freedom of Information Act. It means that the information they transmit is of public interest. Aside from hobbyists, emergency responders benefit from listening to the transmissions that police scanner gives. They can use this information to gather details of what is happening in their surroundings, while journalists can get in touch with them directly.

Law enforcement agencies are very aware of the hobby of police scanners and are able to share their information through their social media accounts.

Has the Freedom of Free-listening to a Police Scanner been abused?

Due to the nature of humans, it is possible that they have crossed the limitations of the law. For instance, I saw a thief in California that is able to avoid getting arrested by using a police scanner that was placed inside his car. This incident ended after a police chase. Aside from apprehending the suspect, it also highlighted the dangers of using police scanners for criminal activities. In most cases, they can be used to carry out illegal activities.

Sometimes, the public’s tendency to share information about law enforcement agencies’ activities can create a negative effect on the investigation.

Has it ever become illegal to have and listen to a Police Scanner?

In fact, there’s no federal law that does not allow the use of police scanners in the US. However, it is still better to check in with your local authorities before buying one. Although the exact laws may vary, they generally apply restrictions to the following categories: (1) using a police scanner while driving and (2) committing a crime.

In some US states, such as Indiana and Florida, you can not use a police scanner without an actual license. The primary and main reason for this system’s implementation is to prevent drivers from knowing the exact positions of law enforcers on the road. It also encourages safer driving habits. Some people can use police scanners to escape law enforcers after committing a crime.

What about using a Police Scanner App?

With a phone, you can easily modify the frequencies used by law enforcers. There are also apps that allow users to access public feeds. The legality of apps like this is subject to various laws in different states. In some cases, it can be risky to be caught with one.

However, if there is no evidence, the result could be a fine or a second penalty. Alternatively, Online scanning is also available for police.

Other Use of a Police Scanner

The term police scanner is a misnomer. Aside from law enforcers, scanners are also used by people who want to listen to other people. For instance, race fans use them to listen to pit crew members. They also use them to monitor train dispatchers. The airwaves belong to the people, and they should be free to listen to them whenever they want.

Conclusion – Is it illegal to listen to a Police Scanner?

Not knowing all the details about police scanners laws and restrictions, This article aims to provide a quick rundown of the law regarding the use and listening to a police scanner. Aside from being legal, the use of police scanners is also allowed by law. It is only not permitted when driving or using it to commit a crime.

However, it is still best to know the state laws regarding the use of police scanners, but there is no reason to stop exploring. There should not be anything to prevent you from diving if you follow the rules and regulations correctly.